Hot weather and lightning made for a busy fire season at the beginning of summer 2015. Some hikes were cancelled due to smoke. Many suffered as wildfires raged throughout the interior. For weeks, Fairbanks had smoke in all directions. A small group of us got away from the smoke by traveling to the Eastern Alaska Range south of Delta Junction. The plan was to hike to a viewpoint above the massive and scenic Canwell Glacier. Candis, Sophia, Aaron, Inna, Holly, and I had the pleasure of sharing the trail with Sophia’s energetic and sweet dog, Stella.

The day began with brilliant blue sky, sometimes strikingly clear, sometimes ripped with tatters of cloud. A fierce, biting wind came off the mountainside to test our layering. Occasionally, we were spattered by bursts of hail that seemed to come out of nowhere.

We had left Fairbanks in late morning to follow the Richardson Highway south to mile post 213.5, where we proceeded cautiously on a dirt road climbing past red rock cliffs. About 3.5 miles in, at around 3000 ft., we parked at a stream crossing and began our hike with an icy wade.

The hike followed a jeep trail left over from mining operations. Amazing views of the mountains all around were punctuated with glimpses of the broad and broken expanse of the Lower Canwell Glacier just below us. After about three miles, we rounded the shoulder of Canwell Point for better views of the clean glacier ice higher up the valley. The sun on the ice glistened, beckoning us to spend more time exploring. We trotted past broken rock, photographed windflowers, saw a pika, munched on a Clif bars, and popped Gatorade chews.

We soon found our way blocked by a vigorous stream tumbling noisily from the south. It pounded relentlessly over boulders in a series of small cascades as it drained the quickly melting snow and ice above us (the saddle is between 7,700 ft. McCallam Peak and 6,700 ft. Rainbow Mountain). On the far bank, we could see the trail rise steeply up, but we were obliged to scramble, hike, and rock-hop about a mile upstream and away from the Canwell to find a safe crossing. We crossed at a braided spot directly under a naked ice wall, weeping in the late afternoon sun.

Braving the loose boulders and snow fields with rotten spots, we climbed up and up very steeply to a high crag with stunning views at around the 5,000 foot level. In all the vast wilderness of rock and ice, it seemed our feet were the first to tread upon that dizzying height. We had a brief lunch and reluctantly said goodbye to retreat over loose and broken rocks back to the trail, enjoying the glorious views, fresh mountain air, and the freedom of the hills.

Quote of the day: “Most adventurous trip this year!” 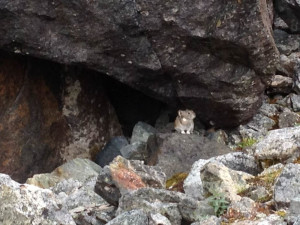 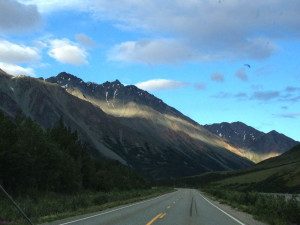 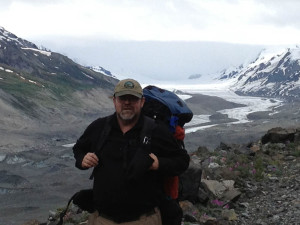 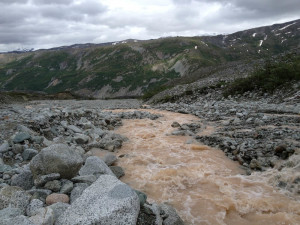 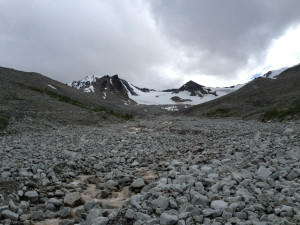 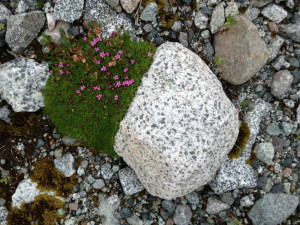 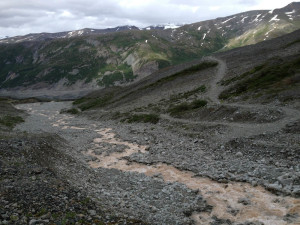 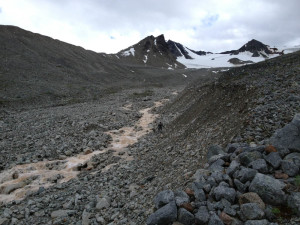 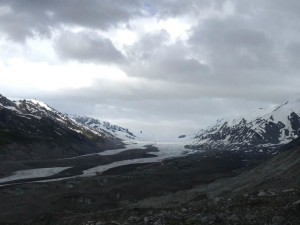 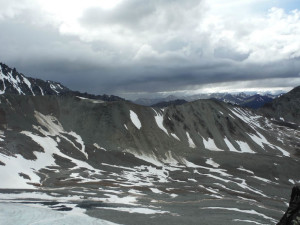 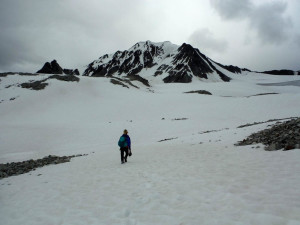 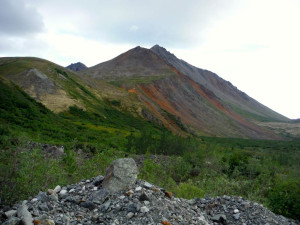 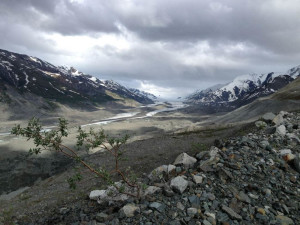 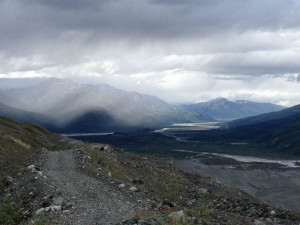